“Sometimes you have to be knocked down to be built back up into a better and stronger structure, that’s life” how else do you grow? From the ground and up” Ese Okoro

“I needed to realize track didn’t define me and I had other talents than just track.”

“The most blessed life isn’t without trials and tribulations, and that’s a great teacher in order to be successful.”

What was your most monumental moment in Track and Field?
I have so many monumental moments in track so I am going to pick the most recent one which would be making the team for England for the 2014 Commonwealth Games. Although I didn’t come away with a PR or make the final it was a great experience to be apart of at a world class level. And it gave me a taste of what the future can hold for me!
What is your mindset going into the Olympic year?
My mindset going into this Olympic year and it is probably the same as previous years is to not at any moment doubt my capabilities because anything is possible. It’s a time for me to gain focus however at the same time to enjoy  what I’m doing. For me it’s all about the process leading up, pruning areas of performance. Think about it all trees need care and attention if they are ever going to flourish, grow higher, bear better fruit so that the trees look handsome in appearance. And that’s just the mindset I have as an athlete, always trust the process, don’t rush the process and embrace the process you are in. Don’t force something because it’s more likely to fail, learn how to prune so you don’t injure the tree. I want to make sure I am using this platform to be thankful with what I have been blessed with and to show my gratitude by always giving the glory to God. Everything comes in seasons, I want to reach my full potential so that way I know I didn’t waste any athletic ability. 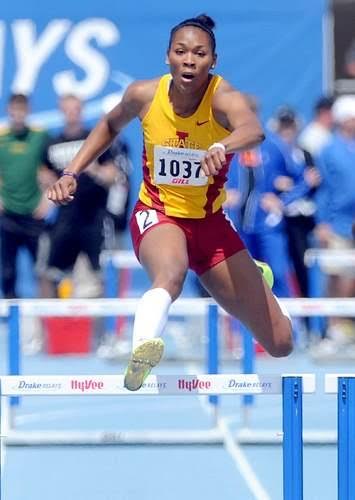 “I want to make sure I am using this platform to be thankful with what I have been blessed with and to show my gratitude by always giving the glory to God.”

How is your training going so far?
To be truly honest the first week and half at Altis was a little bit challenging, but I guess I was adjusting to the environment and getting back to being in a group, as prior to getting to Arizona I was working out by myself. I have finally settled down and started transitioning well. Coach Kevin Tyler has done a great job in organizing training programs that benefits specific athletes. The athletes and coaches at Altis have been so welcoming, which makes practice a home.
Advice to Young Athletes
My advice to young athletes would be have fun! Lovingly embrace the sport 🙂
If there is anything I have learned in my athletic career so far it is that no matter what you will always have up and downs. And that’s all a part of the process, the most blessed life isn’t without trials and tribulations, and that’s a great teacher in order to be successful.
My words of encouragement today would be you can’t allow bad performances to overshadow the good. You must never be discouraged by failure, you use that grey area and turn it to the light. Track is more than just a sport; it teaches you life lessons. It’s a chance as an athlete to set goals and experience the joy in achieving them, and gain confidence in doing so. No matter what in life we are going to struggle but we have to learn to endure because if we throw in the towel we might just miss out on the blessings ahead.
“Sometimes you have to be knocked down to be built back up into a better and stronger structure, that’s life” how else do you grow? From the ground and up” Ese Okoro

“Track is more than just a sport; it teaches you life lessons.”

Workout Tips
I would say get out on a run and work that cardio with family and friends and enjoy the environment around you, it makes the experience of the run so much more fulfilling. I would also throw some circuits or yoga in your living room if your stuck for time and it’s convenient to do at home. And at the same time eat healthy give up those snacks of potatoes chips for some oven cooked kale chips and fresh fruit and veg 🙂 it’s a win win!!!!

Thank you for Reading and Please check out our next Feature Friday Next Friday with Marvellous Iheukwumere !!!