Dominique “Domo” Booker was born February 10th, 1992 to Martin and Stefani Booker. Both of her parents were stellar track and field athletes in high school, college and even on the professional level. She has four brothers, all of which have participated in track and field or are still participating. She graduated from the University of Kentucky where she was a double major in Psychology and Sociology. She now trains at Altis in hopes of perfecting her craft and becoming a stand out track athlete. 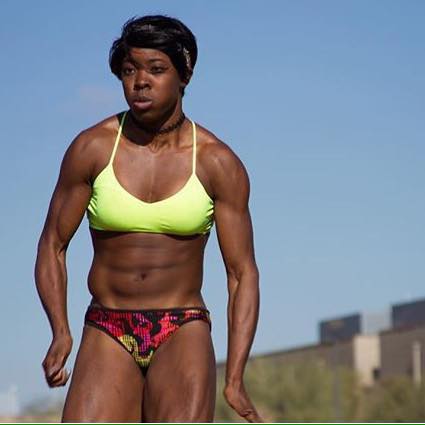 I grew up in New Jersey and was always into sports. I tried Cheerleading, Lacrose and Basketball before my heart landed on track. Track helped through high school. It allowed me to experience new things and to find peace of mind. It pushed me to be able to receive a scholarship to my first college, the University of Central Florida. It was also a life saver to me because growing up I was severely depressed. I was so withdrawn from the world and insecure. I felt that the world was against me and I would not amount to anything. There were plenty of times that I thought that I would not live to see another day. There is really no way to describe what made me feel that way, but it was a sad time. But track provided peace and when I was at the track I was able to be this great super being who was fast and talented! I later found out that I was bipolar and it contributed a lot to my depression. It was something I conquered without medicine.

Going to college was a dream come true! I never really thought that I would graduate high school; its a weird thought but I had always thought that something would happen to me and I wouldn’t graduate. This was one of the most dark moments that I would experience in my depression. So when I received a  full scholarship to UCF I was so happy. I dreamed of getting out of Jersey and making my life something grand. On the track, I was stellar. From my first track meet, I was ranked top 5 in the 60 and the 200. I was a break out athlete because in high school a lot of people did not think I was good enough to go to a Division 1 college. I ran 7.26 in the 60 my first meet in college, in high school my fastest time was only 7.55! I had become the CUSA 200 indoor champion and helped my team to win back to back conference titles.
Yet with every success, I was still suffering from depression. I was very angry and always sad, but used the track to channel my happiness. At the end of my freshman year, I found myself getting so consumed with my depression that everything started going down hill. I lost faith in myself. I was short tempered and started to lose sight of why I had come to college. I got involved with a guy and “fell in love.” That ended up being an unhealthy relationship that lasted for 2 1/2 years. Not only was my track career was suffering with me barely making good times but my school work was also slacking. I latched on to my relationship as a source of happiness that I was so desperately looking for.
The results of all of this was me getting into some trouble and being dismissed from the team at UCF. This changed my life. It was a wake up call that made me look at myself and question what I was doing with my life. I had a fear that I would not get recruited by anyone and that I was worthless, but someone was praying for me and God stepped in right on time. I was accepted into UK with a full scholarship and given a second chance to have a track career. Being at UK was the best two years of my college life. I was able to discover who I was and to redeem myself. Even though a lot of people did not think that it was possible, I was building a great come back story. These test and trials for 5 years are what lead me to Altis. If college has taught me anything, it taught me that I am way stronger than I ever thought I was. It showed me that I am powerful beyond measure and that God has plans for me that I was not going to destroy.
I am bipolar and people have such a misconception of what that means. It doesn’t mean that I am crazy, it just means that I have mood swings that can go to extremes such as severe depression or highly risky behavior (can also be seen as extremely happy or irritable). It is a difficult thing to deal with sometimes because when the feelings of depression come around it’s hard to climb “out of the hole.” I usually don’t want to be around people and it makes it hard to practice. The erratic mood would put in me in trouble because I would make poor decisions and not think things through. To conquer the illness I had to honestly tell those around me. It’s an illness that cannot be fought alone; you need a support system because it’s like you are constantly fighting an internal battle. I am not crazy nor psychotic, I just have had trauma and long term stress in my life that has caused me to have a slight chemical imbalance when it comes to my feelings.
I have not conquered my illness; I live with it daily I just know that I am stronger than it. Even though being bipolar can make track very difficult for me, it has also saved me. Track has provided a surrounding of people who will uplift me and not allow me to go to that dark place. Being on that track is so liberating and allows everything else to cease to exist. Its like for those few seconds of my race, I am in a perfect place of peace. I have a chance to escape the vast amount of thoughts that crowd my mind; I find true freedom.  I always looked at everyone around me as the cause of my depression but it was really me and how I internalized my feelings. I came to Altis to give myself a chance to be great on the track again, it has been a long time but my story is greater. I am so grateful for Altis and how they took a chance on me. 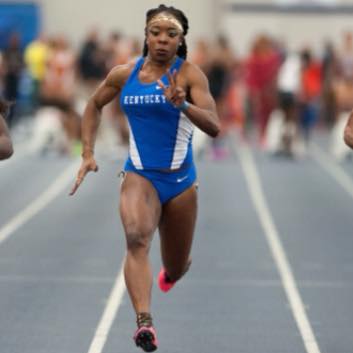 My most monumental moment in track thus far has to be making my first final in the SEC. Everyone knows that the SEC is a great conference for track and field. It is always referred to as a mini NCAA’s. Coming into the SEC, I was very nervous because it had been years since I had run a good race and done well in the NCAA. In 2014, at the Outdoor SEC Championships, I was happily called in lane 1 as a finalist in the Women’s 200. That was an amazing feeling to me, so small to others but so grand to me. I was 9thcoming in to the race and finished 7th. Even though the race did not go as planned, it was a small victory for my confidence. Years before I had been in a really bad place and had fallen off in track. To be in a place so dark when you question your ability and if you are even a contender anymore, is something that can consume your psyche and make you want to give up. Making that final and placing was something that opened my eyes up to show me that I can get back to being a better me. 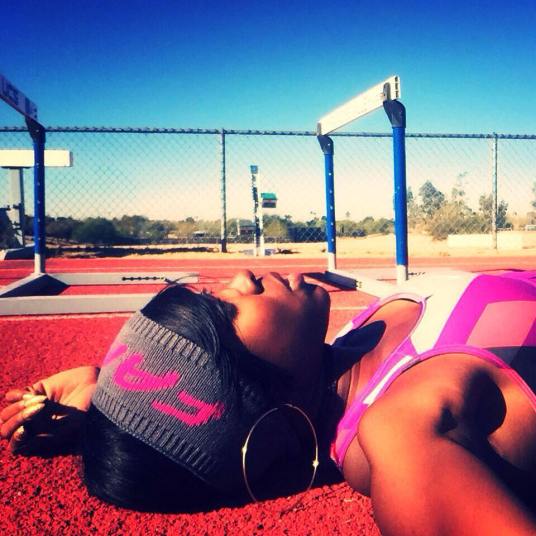 My mindset going into the Olympic year is to be focus on my own race. It is very common to get caught up by your competitors and their achievements in this sport. If I choose to tune in to my own race pattern and my ability, I will be able to accomplish great things.

How is training going so far?

My training has been going great thus far! A lot of the coaches have told me that I have improved a lot and that my body has completely transformed. I have always struggled with being an overweight sprinter; so to lean out and transform my body has been an exciting experience. My technique has improved greatly and my speed has increased a lot. The training here at Altis is simple but productive!

My advice for kids would be to give 100 percent in all that you do. Do not let the words of others define who you can be in this life. If you have a dream, work your hardest to achieve it. I had people try to limit my abilities in life physically and mentally. Instead of doubting myself, I worked extremely hard and reached great expectations.

My workout tip would be hydration!!!!! Make sure to have a good intake of water daily. Water is essential to our being and a major to working out; along with nutrition. 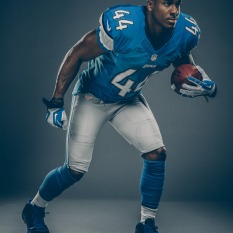