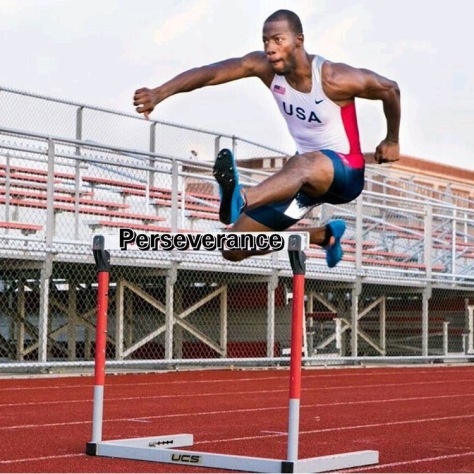 This is a chance to run track again and pursue my dreams; a second chance.

I’ve been successful in the sport of track and field ever since I was in high school. I was a high school stand out and received a scholarship to the University of Albany. I did very well at Albany, receiving many of the honors that were previously mentioned but I would not say my story really began until  after I finished my senior year at the University at Albany. I decided to continue running and compete professionally. I moved to Hampton, Virginia to train for the next 3 years. The coaching staff was great but I did not see any improvement. There were other factors outside of training that lead to me not becoming faster (i.e. partying, lack of sleep, lack of focus, horrible diet, etc). Ultimately I paid for it, in 2012, I pulled my hamstring 2 months before the Olympic Trials. I was upset because I knew getting in the shape needed for the trials wasn’t going to happen. So I shut my season down early. Upset and depressed I decided to give the sport a rest and moved back to my hometown of Rochester NY. There I stayed working as an In-School Suspension teacher and a Head Track and Field Coach.

Track had been in my life for 11 years and the fire inside of me was slowly going out completely. It wasn’t until I started coaching that I soon began to miss it. I missed the training, the competition, even the nervous feeling I got before getting in the blocks. There was definitely an empty void missing. Although coaching somewhat filled it, there were still parts missing.

In December 2014, I was on Instagram and I saw Makiele Thomas and Shante Little post how they love training at the World Athletics Center. They would post their training videos, pictures and progression. Although I loved my job I couldn’t see myself doing it for too much longer. My days were long, 10 – 12hr long. So I decided to go out on the limb and ask Shante questions pertaining to the WAC (now known as Altis). She gave me her point of view and told me how to apply. I did just that and spoke with WAC via email. They told me that they weren’t accepting any new athletes at the time but would keep me in mind for the following year. I honestly didn’t think I would receive an email back. I hadn’t ran in 2 years and hadn’t had a personal best since 2009….Fast forward 7 months, out of nowhere I received an email from Altis asking if I was still interested. I was shocked and extremely excited. This is a chance to run track again and pursue my dreams; a second chance. So after careful deliberation and prayer. I decide to go for it. I told my job that I would be relocating to Arizona and gave them my letter of resignation. Broke the news to the track team I was coaching. The athletes were hurt but they understood why I had to leave and were very excited for me. My landlord was very understanding since I was breaking the lease and he even gave me back my security deposit. I packed up as much stuff as I could possibly fit in my car and headed to Arizona to pursue my dreams.

One Stride at a Time

Making the world Jr team was so monumental because it gave me the confidence to believe that I am one of the fastest 400 hurdlers in the world at the Jr. Level. I was the first person in UAlbany’s history to make a USA team and for me that was a great feeling. I got to put on the USA colors and represent my country on a world stage. The feeling was unreal, I was uber happy. The race at Jr. Nationals was horrible but I had the will to win. I knew the stakes were high and hurdling with my not-so-good leg on 8 out of 10 hurdles said a lot about my perseverance. Traveling to China made me immediately want to make this my career!

Going into this Olympic Year my mindset right now is “one stride at a time”. I have to keep in my head that I haven’t trained in 3 years. But I am a very optimistic. I am a hard worker. When I put my mind to something, I accomplish it. At 28 I am more focused now than I have ever been. Better diet, more sleep, no partying. I’m all in!!! 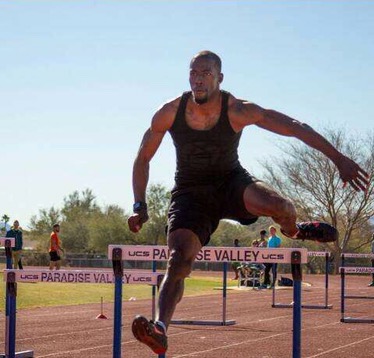 When I put my mind to something, I accomplish it

How is your training going so far?

Training so far is going better than I expected. My style of running has changed, I’ve learned so much on proper sprint mechanics and acceleration something that I knew nothing about before. The times I’m running in practice after only 3 months are better than the times I ran in competition during my best year in 2009. I’m running more fluently and efficiently while covering ground.  Trusting my coaches by listening and implementing what is being said. The training staff is doing an awesome job with helping to keep me healthy and injury free.

Better diet, More sleep, No partying. I’m all in!

Consistency is key…keep grinding. And remember one stride at a time or one workout at a time!

Thank you for Reading and Please check out our next Feature Friday Next Friday with another Altis Athlete!!!