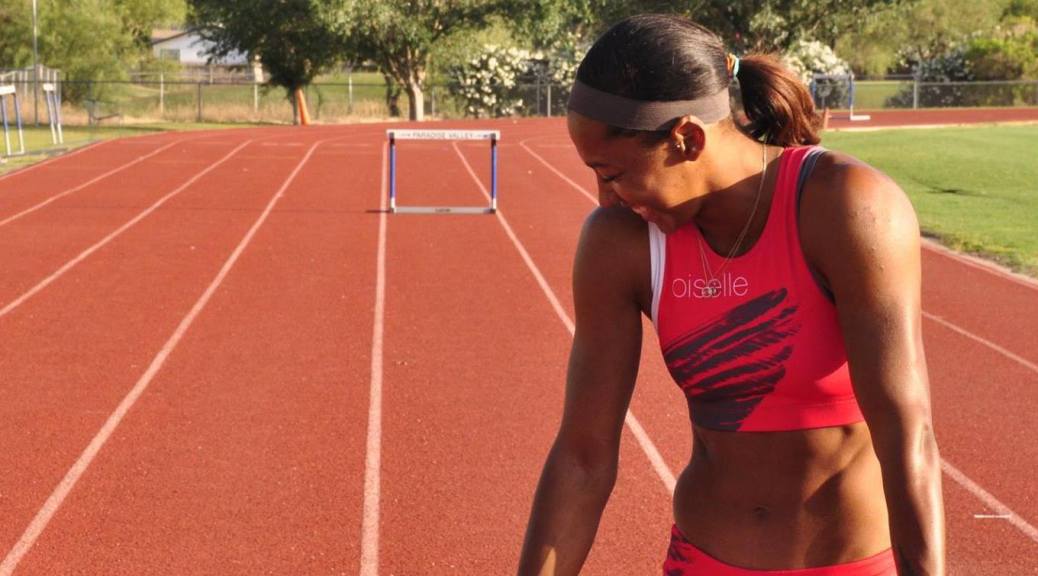 You can do whatever you want to do if you’re willing to work for it.

Shante Little is a professional 400m hurdler for Oiselle, representing Great Britain. Little graduated from Wheaton College (MA) where she was a 2x national champion (400m) and 16x All-American. She currently holds 5 school records and is still the DIII national record holder over 400m hurdles!

I don’t have a traditional background when it comes to track & field. I started running in high school, after years spent as a soccer player and gymnast. I was never a state champion, I never went to World Juniors. I was average at best. When I was a sophomore in college, Wheaton hired coach Dave Cusano. He single-handedly changed my career. He told me that if I was willing to commit to the work, I could be great, that I could do whatever it was that I wanted, and I believed him. That year I dropped 4 seconds off of my 400m time. Over the next three years together I set PBs in every event that I ran, I broke meet records, added my name to the Top 10 All-Time list multiple times, collected my first All-American honor and then won my first national title. During my senior year we broached the topic of training as a post-collegiate athlete. I wanted to stay in New England and train with Dave. I knew that I was bound for continued success under his guidance, but Dave recommended that I apply to what was then, the World Athletics Center. Because I trusted him, I did. At first, I didn’t think that I would be accepted. I had been told that while I was highly decorated, my times weren’t competitive with some of the DI athletes who had also applied. I don’t like to be told that I’m not good enough. I worked harder than I ever had during my last two seasons as a Lyon- and I picked up a new event. We decided to try the 400m hurdles during my final outdoor season- I had nothing left to lose. I could hurdle, I loved the 400m- why not? And it clicked. Now, I train full time at Altis World.

The most monumental moment in my track & field career would be…the very last NCAA outdoor championship that I attended. I competed in the 4x100m, the 400m, the 400m hurdles and the 4x400m. Heats and finals of each event. It was the most grueling and most painful weekend of my life. In my mind, I was trying to do the impossible. I took on a task that would, for me, truly show how strong I was. I set a new national record in the hurdles during the preliminary round, ran a PB in the 400m finals- but I wasn’t able to defend my title and I was devastated. It was monumental to me because I had every reason not to finish out the weekend but I never quit. Losing hurts, but deep down I knew that I won something that weekend.

He told me that if I was willing to commit to the work, I could be great, that I could do whatever it was that I wanted, and I believed him.

My mindset going into the Olympic year is to 1. Get healthy. I’m recovering from two stress fractures in my lower back right now. No one wants to start off their first Olympic campaign hurt, but being able to adapt, refocus and proceed accordingly is important not just on the track, but in life as a whole. 2. I want to run fast for me. Period. Despite getting injured towards the end of my season, I saw a lot of success in my first year post-grad; I shaved 2 seconds off of my hurdle PR and managed to set a PB in the 400m. That doesn’t always happen and because of that, and because of my current injury, I just want to take this year one day at a time and enjoy whatever may come.

How is your training going so far?

Training has been a roller coaster ride to say the least. I just finished the first week of an 8-week off period. I’ve been hiking and doing yoga (more for my mind than anything). It’s frustrating but recovering now and being able to run May-August is more important than trying to force training sessions and jeopardize the rest of my season.

I just want to take this year one day at a time and enjoy whatever may come.

Have fun. Seriously! Enjoying what you do will take you further than anything I know. And be brave- on paper, I never should have been where I am now. You can do whatever you want to do if you’re willing to work for it. 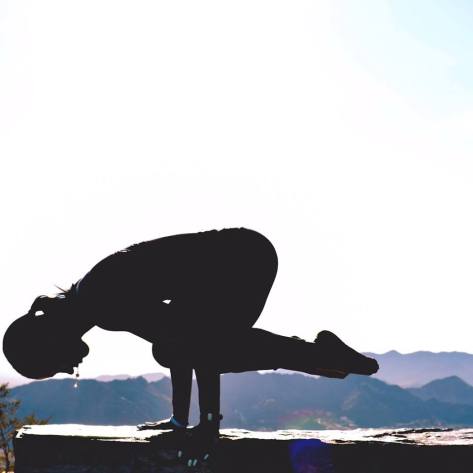 You only get one body and one life.

Move every day! It doesn’t have to be a lot- a short walk, playing outside with your kids, a 20-min yoga video on YouTube…make it a habit to ‘move’ and be active every single day. You only get one body and one life.

Thank you for Reading and Feature Friday will return after the New Year!! Merry Christmas and Happy New Year Everyone!!! Thank you for all your support!